The Most Promising Way Forward for Anti-Aging Science Today

We now have many effective interventions (mostly of small effect) for longevity and preventive care.  Most readers of this blog take more than one supplement each day; some of us (I confess) take very many.  We make an unthinking assumption that “more is better”, or rather that if A is beneficial and B is beneficial then if we take A and B we can get the benefits of both.  We don’t think to question or deconstruct this reasoning.  It is rooted in a reductionism that works pretty well in the physical sciences, much less well in biology.

We know that the benefits of all these interventions don’t just add up like numbers in a spreadsheet, but we continue to act as though this were our reality.

The truth is that we know almost nothing about the cross-talk among different health interventions.   The reasons so few experiments have been done are plain enough, but the situation has become untenable.  There is an urgent need to understand the interactions among treatments. We might begin with those that are individually most promising, but expect surprises.  The combinations that offer the greatest longevity benefits may turn out to be pieced together from components that individually have little or no effect.

I might have said ‘the most promising way forward for medical research today, because I believe that anti-aging science is the most productive area of medical research.  If you are reading this page, you probably know this already, but we all take comfort in confirmation of what we already know. So:

The problem of interactions has been neglected for a number of reasons:

But the problem is potentially of great import.  We expect a great deal of redundancy among the mechanisms of action of various interventions we know about.  Taking two or three or four drugs that address the same biological pathway is likely to be a costly waste.  More rarely, longevity drugs may interact in ways that actually interfere and reduce overall effectiveness.

But we have good reason to hope that in rare cases there are combinations that are more than the sum of their parts.  These fortuitous combinations synergize to offer greater benefits than they provide separately.  Finding a few such combinations would be a jackpot that justifies many, many expected null results.

The huge number of possibilities to be covered

If we begin with 30 individual interventions, there are 435 pairs of interactions and 4060 combinations of three and 27,405 combinations of four.  If we think traditionally, each one of these combinations is a research program in itself, requiring at least several person-years of professional effort plus overhead.  This is the daunting reality that confronts anyone who is intent on beginning to address the problem of interactions.  27,405 experiments of any kind is a labor of Hercules, even for a well-funded, fully roboticized biomedical lab.

There is a hierarchy of experimental models for studying anti-aging interventions: 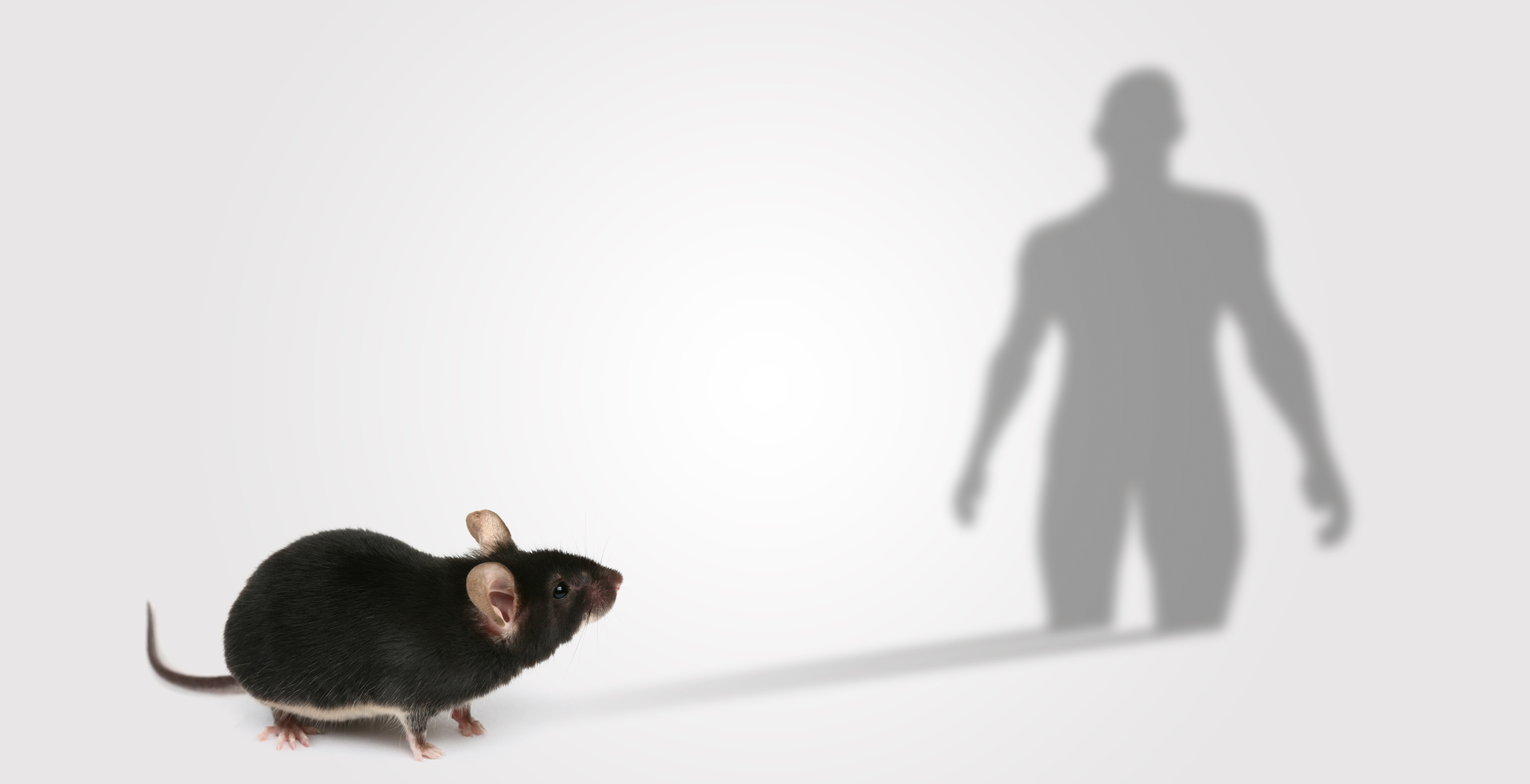 We have no idea what we will find.  Maybe there will be a few spectacular combinations.  Maybe the interactions will turn out to be small, mostly negative, and boringly expected.  (My guess is that both of these will turn out to be true.)  We should not try to define the second stage of the program until we have results from the first.

The first step is to choose the most promising interventions to combine.  A great number of drugs and supplements are known that extend lifespan in rodents and/or lower mortality in human epidemiology.  Magalhaes and Kaeberlein have put together a large database of animal studies that seems to be off-line at present.  Another version is live at this address.  Here is a list I proposed in this column two years ago:

Interventions not in pill form include

How to prioritize and explore the huge number of combinations?  Here are four ways we might begin to sort through the possibilities:

Let’s look at these one at a time.

We know a few biochemical pathways that are linked to longevity.  They all overlap and talk to each other.  Nevertheless, we expect that treatments that address the same pathway are likely to be redundant, whereas treatments that address distinctive pathways have a better chance of synergizing.  For example, insulin resistance is a robust hallmark of aging.  The insulin pathway is most plastic and most accessible to intervention.  Fasting and caloric restriction address the insulin pathway, as do metformin berberine, jiaogulan and bitter melon.  Exercise has many benefits, some of which work through the insulin pathway.

We might continue classifying interventions that address other pathways.  Here are some longevity pathways of which I am aware:

Someone who knows more biochemistry than I do might be willing to classify the interventions I list (and others) according to these 10 pathways (and others).  Here is a template in Google Sheets, which I establish as an open Wiki. http://tinyurl.com/longevity-pathways

Many useful modern medicines are derived from ancient folk wisdom.  But this work has proceeded with a deductive logic, isolating active chemicals from whole plants (as aspirin from willow bark, cycloastragenol from astragalus, and curcumin from turmeric).  Many folk traditions, especially Traditional Chinese Medicine, are based on not just whole herbs but combinations of herbs that have been found over the ages to work together.  Ideas may be taken from these traditions to prioritize combinations for testing.  For example, the best known Chinese longevity formula is Shou-wu-chi (首乌汁;), which is compounded of (list from Wikipedia):

The Ayurvedic tradition is less contains fewer formulas, but combinations that are said to contribute to longevity include these (which I found, just for illustration, at Banyan Botanicals)

Two years ago in this space, I proposed a screening protocol in which all combinations of 3 interventions from a universe of 15 would be tried on just 3 mice each.  I showed with a computational model that if these included at least one lucky combination that increased longevity by more than 50%, then, despite the small number of mice, it would be identified with at least 80% confidence.  Combinations of three from a universe of fifteen is a kind of sweet spot for this particular experimental design, and much less is learned if the numbers are scaled back.  This means it is not feasible to test the concept on a small scale.  The full proposal requires 1365 mice in cages of three, followed for at least two years.  Cost estimate is about $2 million in the US or Europe, perhaps as low as $500,000 to do the same experiment in China.  I would be eager to work with any lab that has the expertise and the facilities to implement this protocol.  The experimental design and simulated analysis was recently published in English in a Russian journal.

4. Data-mining of an online registry where people record what supplements they are taking and commit to reporting their health history

It would be a great public service if someone were to establish a web-based registry where individuals could share information about what supplements they are taking and what results they are getting.  Over years, this could turn into a data miner’s heaven for information about individual drugs and lifestyles and their interactions.  The subject is too big for a controlled experiment, but enlisting the public would be a great and greatly-rewarding project.

I know there are web sites such as Longecity that are excellent resources for anecdotal accounts of others’ experiences.  But the data is not in a format that lends to statistical summaries.  If you know of an existing online database of this sort, please reach out and share the web address with me.

I have preliminary plans to create such a web site in conjunction with a forthcoming book project.

There may already be a viable plan for major life extension hiding in plain sight.  There is no extant research program to explore the relationships and interactions among life extension measures.  Eventually, some large, well-funded agency (perhaps NEA or the Buck Institute) will take on this project in a systematic way.  But the large organizations are conservative, and are unlikely to begin until the ice is broken.  Thus, even the first shards of information in this area are likely to be valuable indications of a new research direction.

If you have a research lab, or if you know are connected to someone who might be interested in this project, or if you have a funding source, please let us work together.

152 thoughts on “How to Test Interactions among Life Extension Treatments”