I am heartened that the tide seems to be turning. The Great Barrington Declaration is attracting thousands of scientists’ signatures each day. And the World Health Association’s COVID spokesperson has done an about-face and come out in opposition to lockdowns, recognizing explicitly the suffering, the poverty, and the health implications of the policy most of the world has pursued these 6 months.

The global response to COVID claims science for its foundation, and my aim in this series is to show that what is being done does not represent a scientific consensus, and is deeply variant from past public health practices. I don’t understand who is behind this, but I suspect that it is not mere incompetence or bureaucratic inertia; this suspicion is based on

The method behind this madness remains elusive to me. But political journalists outside the established media are emphasizing the military connection. One investigative journalist whom I respect for her courage and her diligence is Whitney Webb. Here, she shows us that Operation Warp-speed is a military project much more than a public health project. It is plausible to me that COVID originated in a bioweapons research lab. And from the beginning, the US response was planned not by public health experts but by secret meetings of military leaders. 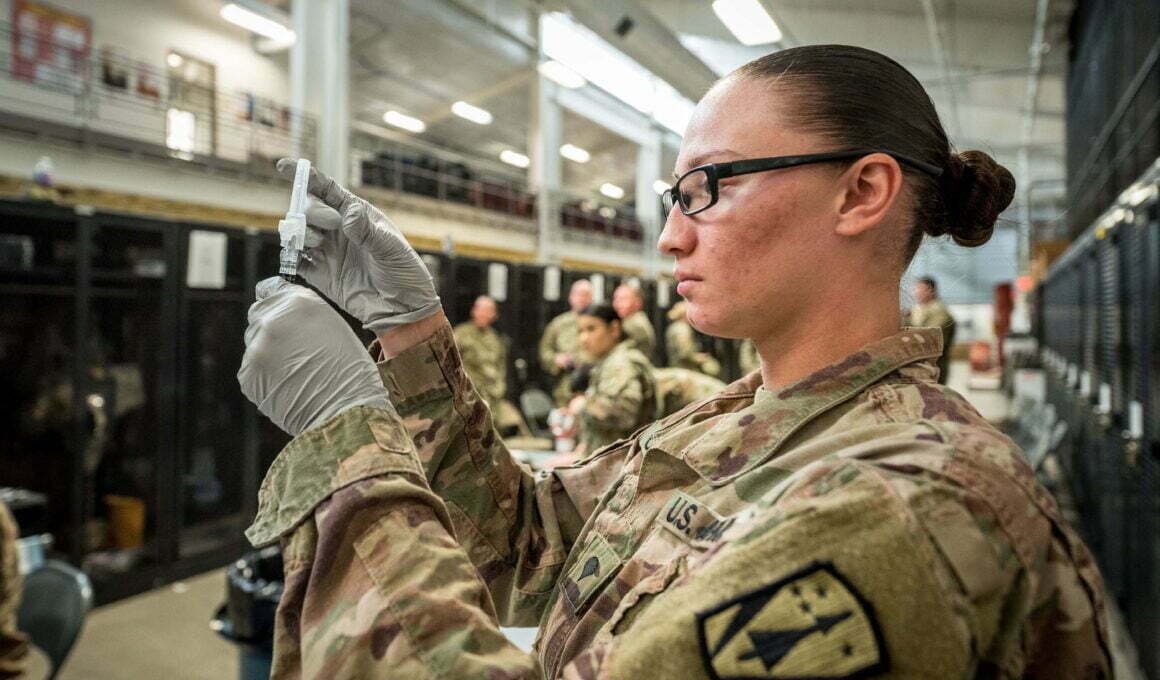 I hope you will explore these connections and come to your own conclusions. My more modest goal in this series is to establish that “science” cannot be invoked to justify the lockdowns, the masking, the secrecy, the closure of schools and churches and cultural institutions. Least of all can “science” justify censorship, because the process by which science reaches for truth depends on open debate from a diversity of perspectives.

6. “New cases of COVID are expanding now in a dangerous Second Wave”

We’re concerned not for the virus but for the suffering and death that it causes. In March and April, we were frightened by the rising numbers of COVID deaths. But in May, CDC stopped reporting daily deaths and switched to reporting daily cases.

Traditionally, “cases” are defined as people who become seriously ill. That was the definition for a short while. Then it was “people who test positive for the virus”. On May 19, CDC started adding people who tested positive for antibodies to the virus as “cases”. We’re told that there is a troubling increase in COVID cases lately. If people really were getting sick, this would be disturbing. But if it is an increase in perfectly healthy people testing positive for antibodies, it is a wholly good thing. It’s called “herd immunity”.

No test is infallible, and invariably there are people who test positive who don’t really have the virus. These are false positives. As the prevalence of COVID has dropped with summer weather and more of the population already exposed (herd immunity), the rates are so low in many urban areas that false positive tests are swamping the true positives, and we really can’t say anything about trends. This recent article concludes that the quality of available data is no longer a reliable basis for policy data decisions. The low death rates are, of course, a good thing. The problem is that the false positives are being reported without explanation as though they were meaningful data about prevalence of COVID.

COVID is no longer among the top 5 causes of death in America. Why is our government slanting the reports in ways that keep us scared? I don’t have an answer to this question. I know there is a great deal of money riding on vaccines, and that by any sane criterion, COVID vaccines are past their usefulness, even if we had reason to believe they were safe. But I don’t think this fully explains the fear campaign. I suggest that it’s my job and yours to keep asking questions.

7. “Dr Fauci and the CDC are guiding our response to COVID according to the same principles of epidemic management that have protected public health in the past.”

On the contrary, standard public health procedure is to quarantine the sick and protect the most vulnerable. Telling a whole country full of healthy people to stay at home is entirely new, unstudied, a sharp departure from previous practices.

Closing down manufacturers, offices, stores, churches, concert halls, theaters, even closing private homes to social and family guests—all this is a radical new experiment. There are no scientific studies to justify it, because it has never been done in the past.

Containment of the virus is feasible if it is begun very early, when the virus is geographically contained and the number of cases is small enough that every case can be accounted for. It’s then possible for severe isolation to halt the virus in its tracks. (This was the strategy pursued by China.) Once there are thousands of cases, it is feasible to slow the spread, but not to change the fact that eventually, everyone in the population will be exposed.

Dr Fauci was clearly aware of this, because when he made his March announcement, he was asking America to isolate only for a few weeks. His goal was explicitly to “flatten the curve”, meaning to make sure the disease didn’t spread so rapidly that hospital ICUs would be overwhelmed. At the beginning, he (quite reasonably) did not claim that the measures he prescribed to America would contain the virus, but only slow its spread.

It worked. Except in a few isolated regions, there was never a shortage of hospital beds. But six months later, we are still masking and social distancing, long past when the original justification for these measures has been forgotten.

8. “Asymptomatic carriers are an important vector of disease transmission, which must be isolated if we are to stop the spread of COVID”

The justification for separating healthy people from other healthy people is the idea that we never know who is really healthy. We know from past history that colds and flu become contagious a day or two before they have symptoms, though the viral load that they transmit is greatly increased once the virus has taken hold and they are coughing and sneezing.

Extending quarantine from the traditional application to people who are obviously sick to the general population is a huge innovation, imposing tens of trillions of dollars in lost productivity worldwide, as well as social and psychological hardship. Isolation kills. It could only have been justified by evidence that the virus could not be contained by the same methods that have been used for all previous epidemics. Where is the evidence that asymptomatic carriers are a critical link in the chain of transmission?

Dr Fauci got it right at first when he said, “In all the history of respiratory-born viruses of any type, asymptomatic transmission has never been the driver of outbreaks. The driver of outbreaks is always a symptomatic person.” [Jan 28] Subsequently, there were anecdotal articles documenting particular cases in which asymptomatic transmission did occur [one, two, three]. How can we know if asymptomatic carriers are an important part of the dynamic spread of the disease? This paper is the only attempt I have found to study the question with a detailed mathematical model; but, in the end, it just calculates unknowns from unmeasurables, and reaches no conclusion. We are left with common sense, which says that patients with symptoms have much higher viral levels (that’s why they are sick). They are also coughing and aspirating more of the virus (that’s why the virus evolved to make us cough). When Maria van Kerkhove, speaking for the WHO, stated that asymptomatic transmission was not important, she was reined in by those who control the narrative, and she walked back the statement the next day.

9. “The lower death rates now compared to April are due to protective measures such as social distancing, mask-wearing, and limited travel.”

Why would we expect lower death rates? From measures intended to limit social contact and spread of the virus, we should expect lower infection rates. But that’s not happening; instead, we have higher case rates coupled with lower death rates. This can reasonably be explained by (1) changes in definition of what constitutes a “case” (see #6 above), (2) wider testing, (3) the virus evolving, as most viruses tend to do, toward higher infectivity and lower fatality, and (4) fall weather.

10. “With enough resources, pharmaceutical scientists can develop a vaccine in a matter of months, and provide reasonable assurance that it is safe.”

This is the most dangerous of all the fictions and, not incidentally, the one most closely related to $6 billion in NIH investments and tens of billions in projected corporate profits.

The subject of vaccines is highly polarizing. On the one hand, the mainstream press, especially the scientific press, has been hammering with singular purpose the message that vaccines are safe and effective and necessary not just for individual protection but for public health. On the other hand, there is about one third of the American public who distrust what they hear about vaccines, enough so that they will refuse a vaccine (if not coerced). [Updated to half of Americans, according to recent Pew survey] So much has been written about vaccine safety that I would not presume to try to convince you one way or the other in a few paragraphs. I can tell you that my own attitude changed when I had a bad reaction four years ago to a pneumonia vaccine (PCV13), and learned that there is no corporate liability for vaccine injuries. An act of Congress in 1986 exempted vaccines from the standard testing for safety and efficacy that other medications must pass, and also indemnified vaccine companies from all liability for harm caused by either design or manufacture. In my opinion, this is a dangerous situation, as it removes all motivation for companies to make a safe product. [I thought this was true when I wrote it in October.]

I’ll close this series by defending my claim above that, compared to treatments, vaccines are (1) far more expensive and (2) much harder to prove safe and effective.

If you are open to an honest and competent criticism of vaccine science and politics, I recommend Robert F. Kennedy’s web site.

The story that we are being told about an ultra-lethal virus that “jumped to humans” and the scientific community converging on a response proportional to the threat—this story is unraveling, as more and more doctors and public health professionals are adding their voices to a global movement to restore sanity and integrity in the pandemic response.