My fasting blood glucose has been creeping up over several years. (My fasting blood sugar is around 110, and HbA1c=5.7; fasting insulin=3.1, triglycerides=91.) Recently, I tried a continuous glucose monitor for the first time, to see what I could learn about eating and exercise habits that affect my blood glucose. The experiment led me to some reading and thinking that was worthwhile, but the results themselves were disappointing, limited (first) by flaws in the technology and (second) by wide variability that I could not trace to any of the usual behavioral correlates.

Why concern ourselves with blood sugar?

Insulin is generated in the pancreas after we eat, with a cascade of effects on the body. The primary short-term effect is to prevent glucose levels in the blood from getting too high, by notifying the liver of the need to pull glucose out of the blood and store energy as fat.

Loss of insulin sensitivity is a primary hallmark of human aging. Most of the known life extension strategies in lab animals have to do with insulin in one way or another. For example, the worm gene daf-2 is the worm’s only insulin receptor, and mutating (weakening) the daf-2 gene doubles the worm’s lifespan. Life extension benefits of exercise and caloric restriction are thought to work, at least in part, through the insulin metabolism.

But glucose is also dangerous, and as we get older we are poisoned by excess sugar in the blood. High blood sugar leads to [list from Mayo Clinic]

So for long-term health, the name of the game is to keep blood sugar down with as little insulin as possible, hence preservation of insulin sensitivity is the target. Metformin is a well-studied drug for keeping blood sugar down without insulin. I have been taking it (irregularly) for the last several years, intermixed with berberine and Gynostemma (Chinese name: jiaogulan = 绞股蓝).

Metformin is a credible longevity drug, statistically associated with lower risk of cancer, heart disease and especially dementia in humans. Six years ago, this study laid the foundation for metformin as a longevity drug with the claim that people taking metformin had lower all-cause mortality, despite the fact that a population of type-2 diabetics was being compared to a healthier population. This finding inspired Nir Barzilai to raise support for the TAME study.

But metformin has its risks. A long-time contributor to this site, Dr Paul Rivas pointed me to evidence that metformin can interfere with exercise metabolism. Paul notes his personal experience with loss of peak performance while taking metformin. My own experience is consistent with this, though I have never done a rigorous A/B comparison. This study, demonstrating a small but consistent decrease in peak performance, appears to me to be well-designed and analyzed. A plausible mechanism is the interference of metformin with mitochondrial function [ref, ref].  This article claims that metformin suppresses synthesis of ATP, which is the reservoir of energy for immediate use in all cell types. Ben Miller has done the most direct and most recently relevant human experiments in this area and his findings suggest the intriguing possibility that metformin blocks exercise adaptations almost completely in about half of individuals, but not at all in the other half. (If you want to know which half you’re in, you’ll have to wait for next year’s study.)

For the majority of Westerners who exercise little or not at all, metformin may show reduction in long-term risk of age-related disease; but there is no data I know of on the subset of people who do vigorous exercise, comparing metformin to no metformin. Does metformin block the health effects of exercise? Rhonda Patrick cites credible references on this subject as fast as she can get the words out, and her conclusion is that exercise is a better anti-aging program than metformin, and you really can’t have both.

Do glucose-control herbs also blunt the benefits of exercise?

I wrote a few years ago listing botanical alternatives to metformin. Much less research has gone into these herbs, so we must think theoretically about interference with benefits of exercise. 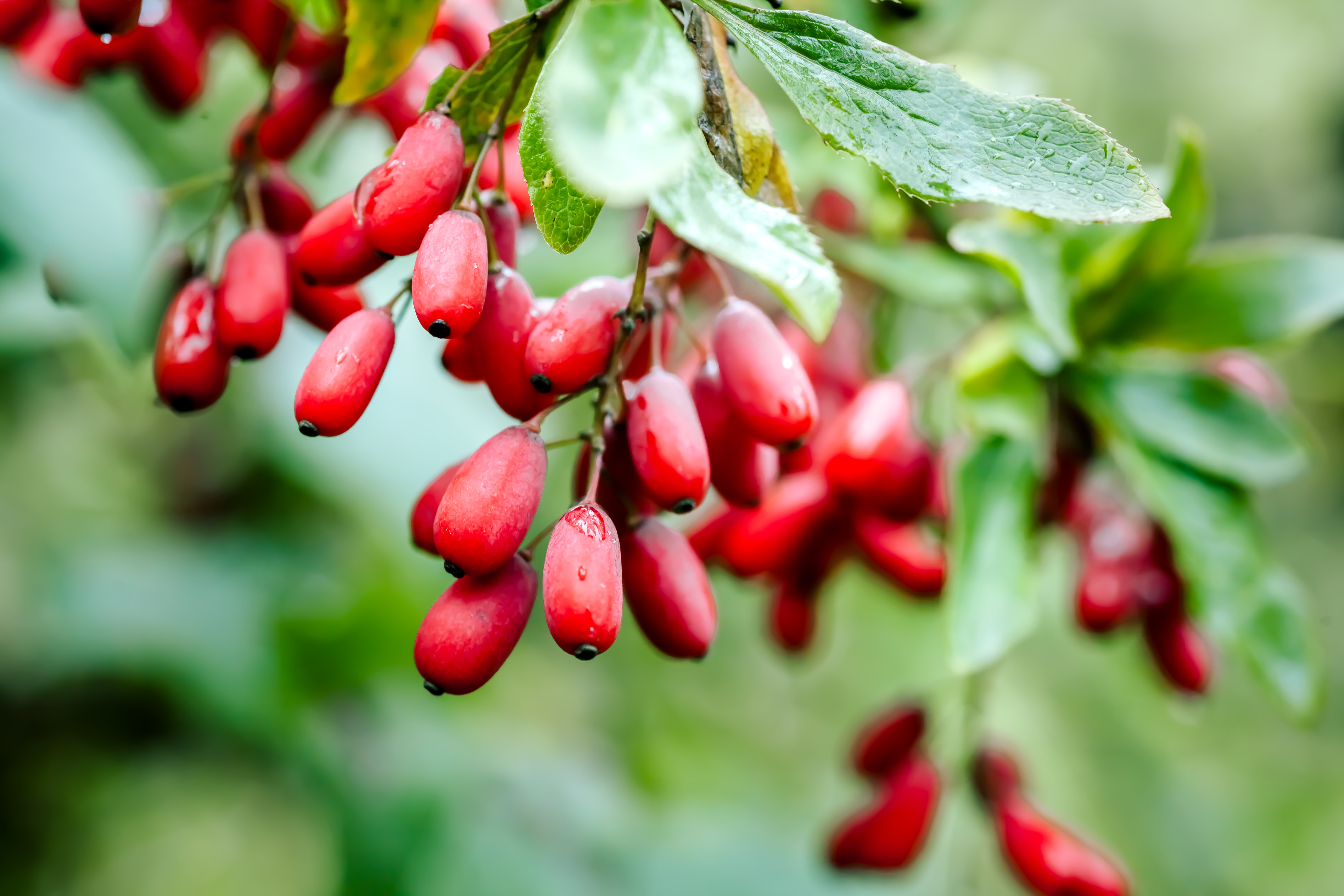 Gynostemma is a Chinese herb popularized by Life Extension Foundation in their proprietary compound called AMPK Activator. In animal models and in humans, Gynostemma suppresses blood sugar and blood cholesterol. Like metformin and berberine, it works through AMPK, which appears to be a good thing.  It is anti-inflammatory, and has a history in China as cancer therapy, supported by mouse and in vitro studies. In rodent studies, Gynostemma has a beneficial effect on strength and endurance [ref, ref, ref]. The one study I’ve found on human diabetes shows modest benefits after 12 weeks. The only counter-indication that I have seen is that it increases insulin release (in vitro), which I believe to be pro-aging.

Is it more important to suppress postprandial spikes or to depress fasting glucose levels?

HbA1c is a standard blood test for diabetes. It is related to average blood glucose levels over the previous 90 days (= the half-life of hemoglobin in the blood). But the glycation of hemoglobin (as measured by A1c) happens predominantly during the brief glucose spikes, rather than the much longer periods of average glucose levels. So it might be fairer to say that A1c summarizes peak glucose events over a 90-day period. And we might guess that the long-term health risks of high blood sugar are similarly more sensitive to the peaks than to the average.

I believe that apoptosis is on a hair trigger as we age, and part of the reason for this is too much p53. This study links P53 activation to postprandial glucose spikes, rather than to high average glucose levels.  This study links deterioration in endothelial function (related to arterial disease) with glucose spikes. The same paper lists ROS and oxidative stress as additional risks.

For a long while, it has been established that high fasting blood sugar is associated with cardiovascular risk. Of course, there is also association with obesity and T2 diabetes, but for these, it is natural to think of fasting blood sugar as the result, rather than the cause.

Kresser claims that these guidelines from the American Diabetes Association are not strict enough, and that statistics show increased future risk of diabetes even for people in the ADA “normal” range. But he cites Petro Dobromylskyj, who makes an exception for anyone on a low-carb diet (how low isn’t specified). Paradoxically, low-carb diets are claimed to be healthy, even though they decrease insulin sensitivity. I have been unable to make sense of this.

Kresser emphasizes that all numbers should be interpreted in the context of a person’s other lifestyle and health indicators. In people who are active and not overweight, he is not inclined to worry about statistics in the “prediabetic” range. (I take comfort in this personally, and who can say if I’m fooling myself?) But I can learn something from the way my glucose stats respond to medications, eating and exercising, whether or not I believe the absolute levels are concerning.

Writing in Science Magazine last year, Charles Piller reviewed the ADA guidelines and found a consensus in the opposite direction — that they were probably too strict, and unnecessarily worrisome to a great many people. By ADA’s definition, 80 million Americans are “pre-diabetic”, which is 40% of the adult population. The conflict really is not over the statistics but the interpretation. You can say either “People with A1c levels above 6 are at increased risk of progressing to diabetes” or equally well, “Most people with A1c levels less than 6.4 will never develop diabetes.” Both statements are true.

As promised: my experience

The Freestyle Libre was very easy to use and set up. I followed the instructions and used a spring-loaded device to insert the monitor behind my biceps. It was painless. There’s a tiny wire that goes a few millimeters into the skin and an adhesive covering with a button containing the electronics. The wearable button stores data for up to 8 hours. The other part of the kit is a reader that downloads data every time you bring the reader within an inch or two of the button. As long as you take a reading every 8 hours or less, you won’t lose any data. And you can do it as often as you like, to get real time feedback on your glucose state.

The wearable button ($45) is meant to last two weeks, and then it must be discarded. My insurance (Blue Cross Medicare Advantage) wouldn’t pay for it because I didn’t have a diagnosis of diabetes. I found this out only after several trips to the drug store, interspersed with phone calls to Blue Cross, where I got repeated assurances that it would be covered. The reader ($85) can be reused. Apparently, it doesn’t do anything that a cell phone app couldn’t do, but Abbott (parent company of Freestyle) has arranged it so that you can only use the cell phone app if you purchase the reader.

To analyze historic data, you can use capabilities built into the phone app, or plug the reader or cell phone into a computer, using a USB cable. The data is uploaded to a web site containing analysis tools and an option for creating a CSV file for more detailed manipulation in a spreadsheet. (The download button is not so easy to find, but I called Abbott’s tech support number, and connected without excessive wait time to a friendly and knowledgeable technician.)

My intention was to vary the glycemic content of my meals, my exercise schedule, eating and fasting schedule, and the medications I was taking (metformin and berberine) to learn what I could about glucose management. The first day I fasted, and I was concerned to see that all day my fasting glucose ranged between 110 and 120. (For reference: the standard healthy range for fasting glucose is 70-100. Below 70 is “hypoglycemia”. Above 100 is “pre-diabetes” and above 125 is “type 2 diabetes”.)

I ate a meal, and glucose shot up to 179 before bedtime, only gradually coming back down during the night. As it turned out, 179 was my high for the week.

The data is cut off after 10 days, though the monitor is supposed to have a lifetime of 14, because it fell off my arm. I looked for patterns in my data, and was able to learn only four things:

(In a long phone support session with an Abbott representative, they acknowledged the reality of my experience: that the monitor can loosen over time, resulting in readings that are anomalously low. They were happy to replace the monitor, and advised me against long periods of swimming. )

I was left wondering all the things I wanted to discover at the beginning of my experiment.

The thing that impressed me most was the natural variability of blood sugar, changing from hour to hour, uncorrelated with either food or exercise. I trust the body knows what it’s doing. “Le corps a ses raisons que la raison ne connait pas.”*

I hope to try the monitor for 2 weeks again when swimming season is over.

In the meantime, I am taking a modest, common-sense approach. I am going to leave out metformin but continue daily exercise and low doses of berberine and Gynostemma, lightening my evening meal and ending the day’s food 3 hours before bedtime.

Walking burns calories (pulls sugar from the blood) 3 to 5 times as fast as sitting, and walking after a meal feels like a natural and pleasant thing to do. My doctor recommends it. I’m going to try walking half an hour after breakfast and dinner, pending my next experiment with the CGM.

70 thoughts on “What I Learned from the Glucose Monitor”