Dementia seems to appear out of nowhere.  People feel like helpless victims of their genes.  But this is a misconception.  How much does the dreaded ApoE4 gene increase your chance of getting dementia?  This is not a straightforward calculation precisely because the correlation must be controlled for many diet and lifestyle factors that are proving to be just as important as genetics.  For women with ApoE4 from one parent, risk of AD is doubled, but this factor is easily reclaimed with diet, exercise and supplements.  For men, the effect of one copy of ApoE4 is small enough to be lost in the noise.  For men and women with two copies of ApoE4, risk of AD is very high, but even here factors under your control offer hopeful remediation. 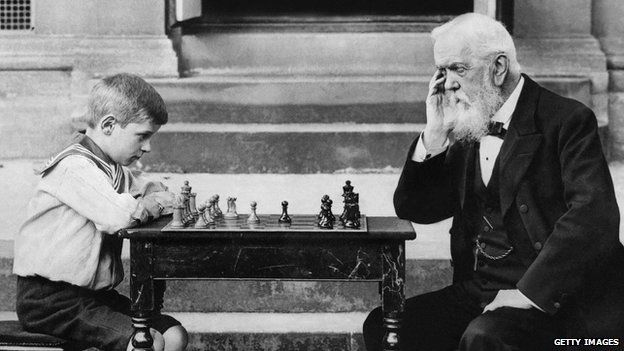 I confess that I love public attention.  For a long time, I thought of this as a personal failing, and consciously avoided pursuing publicity.  When I came up with radical notions about evolutionary biology and the direction of medical research, I counted on people to think for themselves and evaluate the evidence; if they looked only at the credentials of the theorist, I was seriously outgunned.

Reputation shouldn’t matter, but it does  Only in the last decade, I have come to realize that people are receptive to ideas from those they already trust, and skeptical of ideas that come from an unknown source. I’m learning to burnish my reputation…

So when I got an inquiry from a CBS news intern asking “What can we do to improve our odds of avoiding dementia?”, I set aside time to review the literature before I talked to him.  Here’s what I found.

Exercise is most important

Five areas that I investigated are:

As I set out on my quest, I was prepared to find that #2 was the most important.  For longevity, social connections are more important than anything else; and I reasoned that for keeping the brain healthy in late life, this should be even more true.  But I was surprised.  #2, mental stimulation and social factors are effective in some studies but not others.  The clear winner in the literature is #1.  There is robust evidence that physical exercise lowers your risk of dementia.  Here’s a meta-analysis from 2011 and a review from 2017.  Modest amounts of exercise are way better than being a couch potato.  There is some extra benefit from being a gym rat, but there are diminishing returns with intensity.

The most positive study connecting social factors with a slowing of cognitive decline was in 2001.  A team from UCLA followed 1200 men and women over 7.5 years, and concluded that, among social factors, “emotional support” was the most important factor.

But in subsequent studies, the importance of emotional support faded.  In a review in 2010, no social variables made the list of protective factors.  And this 2016 study found social connectivity to be connected to base levels of cognitive function at midlife but not to 20-year change in cognitive performance.

Of several diets that have been tested for neuroprotective benefit, the MIND diet, developed by Martha Morris of Rush University in Chicago seems to be the best documented.  In the only test so far, Morris claims it can cut AD risk by 50%.  The M in MIND is for Mediterranean, of which the MIND diet is a variant.  Start with lots of leafy greens, berries and nuts, fruits and vegetables, olive oil, whole grains and fish for protein and omega 3s.  The MIND variant emphasizes blueberries and walnuts, which seem especially good for the brain. [Details at WebMD]

Habitual coffee drinking is associated with a modest decrease in risk [2016], but tea, especially green tea is better [2015].   This study [2006] found a factor of 2 benefit for the heaviest tea drinkers in Japan.  Caffeine seems to be moderately neuroprotective [2008], but the best benefit comes from catechins=polyphenols, for which decaf tea works as well.)  Green tea is part of the MIND diet.

Beginning 20 years ago, a strong association was found between metabolic syndrome and AD [1997].  Insulin treatments seemed to worsen the risk [1999] — indeed, excessive insulin seems to be at the heart of the connection.  Some people started saying we should think of AD as type 3 diabetes.  Metformin is the standard treatment for diabetes, and this study [2011] found that taking metformin brought the risk of AD in diabetics back down to a rate comparable with age-matched non-diabetics.  But this study [2013] found that taking metformin actually increases risk of AD.  A strong hypothesis is that metformin uses up vitamin B12.  B12 is essential for functioning of neurons, and is concentrated in the brain.  Many people are deficient in B12 even without metformin, and anyone taking metformin should be supplementing with B12.  Whether there is residual risk of AD from metformin even with B12 remains to be seen, but probably it’s not just people on metformin who should be supplementing with B12 [2014, 2015].  Low protein diets are protective for many aspects of aging, and the MIND diet is mostly vegetarian.  B12 is one essential nutrient that can’t be derived from vegetable sources.

The most common pharmaceutical approach is to enhance the neurotransmitter acetylcholine.  Acetylcholine is found wherever nerves are found, for cognition, sensation and motor control, and it seems especially imortant for memory.   Alpha GPC (glyceryl phosphoryl choline) is an acetylcholine precursor which can be taken orally.  In this study [2003], 132 AD patients taking Alpha-GPC tested better after 90 and 180 days than at the outset, compared to worsening in those taking placebo.  Whether A-GPC is nootropic or neuroprotective is less clear.  Here is a bibliography from Examine.com.

I’ve been slow to recognize the potential of angiotensin receptor blockers (ARBs), prescription drugs which seem to be a new class of age-slowing drugs which I have not discussed previously.  The best known is Losartan. This study [2010] found a 25% reduction in AD.  And in studies with rats, ARBs increase lifespan [2009].  They work by relaxing the arteries, lowering blood pressure, relieving in the process the risk of all cardiovascular diseases.  The trouble with ARBs is that people don’t like them.  Some people feel lethargic, weak and unmotivated.  Some people cough.  Telmisartan is supposed to be the drug in this class with the least side effects.

Both male and female sex hormones are protective against dementia [2017].  A modest way to get this benefit without taking sex hormones is by supplementing with DHEA.  DHEA levels decline with age, and serum DHEA is lower in AD patients, suggesting but not proving that DHEA might be protective.

Pregnenolone is another hormone precursor, and in fact the body makes DHEA from pregnenolone.  As with DHEA, we have less pregnenolone as we get older.  Studies with mice have found pregnenolone leads to increased memory retention in the here and now.  Evidence that it is neuroprotective is lacking.

Poor sleep quality, sleeping more than 8 or less than 7 hours per night, and sleep apnea are all risk factors for dementia [2016].  The effect is large, but the data is thin.  Sleep is commonly disrupted in AD, with melatonin levels that are low and not synched to the circadian cycle.  Melatonin supplementation is a natural thing to try, and there has been some limited success with melatonin as a treatment for AD [2010 review].  I found no data on whether it helps as a preventive, but sleep-inducing pharmaceutical alternatives are associated with increased risk.

These supplements are reported to be neuroprotective or nootropic or both.  It’s interesting to me that there is an overlap.  We don’t have to choose “now or later”, but can have our cake and eat it, too.

Hope for the doubly unlucky

One person in 50 has two copies of the ApoE4 gene.  Age-adjusted risk of dementia is more than 10 times higher for both male and female.  For these folks, there is a theory [1989] that keeping blood cholesterol low can completely ameliorate the risk.  The theory comes from a mechanistic analysis and extrapolates from the odd fact that Nigeria has the highest prevalence of ApoE4 in the world, but there is no elevation of dementia.  More recent [2016] is speculation that ApoE4 carriers need much more omega 3 than the rest of us.

My favorite Alzheimer’s study comes from Dale Bredesen at Buck Institute [2014], who offered intensely personalized treatment protocols to ten Alzheimer’s patients, and dramatically improved cognitive performance for 9 of the 10.  This is a stunning example demonstrating what medical science is capable of when institutional barriers are removed and clinicians have time to work with patients individually.

Bredesen’s work offers incidentally the hopeful possibility that the benefits of some of the measures I have described are cumulative, and that with carefully crafted individual programs they can be combined to push Alzheimer’s risk back many years.