“The way evolution works makes it impossible for us to possess genes that are specifically designed to cause physiological decline with age or to control how long we live.”  —from a Scientific American article by Jay Oshansky, Bruce Carnes, and Leonard Hayflick (2004)

Most biologists still think this way, even among people who study aging, even those working on anti-aging medicine.  If you believe this as a matter of bedrock theory, then what do you say when a gene is discovered that cuts life short, but still manages to dominate the gene pool?  You say that the gene has benefits that outweigh its costs.  It is a fertility gene, but it has side effects that kill you slowly.  Or it has survival benefit in the wild that are difficult to study in the laboratory.  This is called the theory of antagonistic pleiotropy.  “Pleiotropy” is the biological term describing a situation where one gene has two or more effects on the phenotype.  In 1910 when the term was invented, this was thought to be a special situation, requiring a special name.  We now know that almost all genes have multiple effects.

In theories of aging, antagonistic pleiotropy (in different variants), is considered the unassailable king of the roost.  It is not questioned.  There is no such thing as an aging gene, so as more and more aging genes are discovered, they carve out more and more excuses and exceptions to preserve their bedrock evolutionary theory.  Just this week, there are two new examples, in worms and in people. 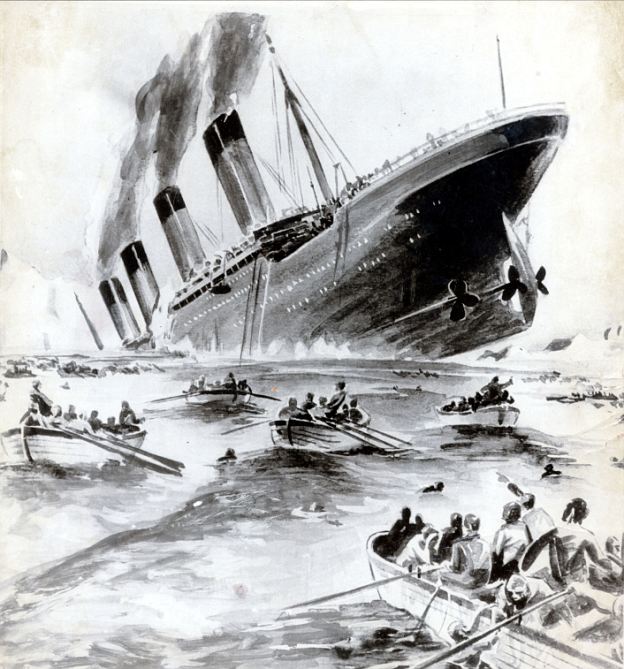 In the 1980s, Tom Johnson, working at UC-Irvine, was studying aging in the lab worm C. elegans.  Johnson grew worms with a defective gene, which he named age-1 after he discovered that worms without it lived half again as long as normal worms. No one had ever imagined that a single gene could have such an effect on life span. In fact, the best experts in evolution had theorized that “everything ought to wear out at once,” so that no single gene could have any noticeable effect. Johnson’s discovery was the more remarkable because longer life required nothing new but rather the deletion of an existing gene. This implied that the effect of the age-1 gene was to cut the worm’s life short. What was it doing in the genome? How did it get there? And why did natural selection put up with it?

Johnson had a ready explanation. He believed (and still believes, I believe) in antagonistic pleiotropy. The worms without age-1 laid only a quarter as many eggs as other worms. It was easy to see how they had been losers in Darwin’s struggle. In fact, Johnson’s finding looked like a dramatic confirmation of the theory that aging was a side effect of genes for greater fertility, greater individual fitness. Aging had not evolved directly, selected for its own sake, but as a cost of greater fertility, a real-life example of antagonistic pleiotropy.

But a few years later, this story unraveled, and what had been confirmation of theory became a direct contradiction. Johnson discovered that his mutant worms actually had two genes that were different. In addition to age-1, there was another, unrelated gene defect (fer-15) on a separate chromosome. By crossbreeding, he was able to separate the two. Worms with the fer-15 mutation had impaired fertility without extended life spans. Worms with the age-1 mutation had extended life spans with unimpaired fertility. This was a full- fledged Darwinian paradox: the age-1 gene found in nature was the one that gave the worm a short life span. It was the “defective” gene that caused the worm to live longer. Age-1 looked not like a selfish gene but an aging gene. It was just the kind of gene that natural selection ought to eliminate handily. How had this gene survived, and what was it doing in the worm genome?

Age-1 was only the first case of an aging gene in worms.  There are now hundreds of genes known that lengthen life span when they are deleted. In other words, these genes, when present, have the effect of shortening life span. Some of them tend to improve fertility; some don’t. Some have other beneficial side effects, but about half the known life-shortening genes offer nothing in return, or at least nothing that has yet been identified.

A recent Nature paper from the Shanghai laboratory of Shi-Qing Cai identifies a pair of C. elegans genes that affect the span of fertility in males.  The group collected worms from many different locations around the world.  They found that in some worms, the males remain fertile almost their entire lives, while other males undergo rapid reproductive senescence.  With some excellent detective work, using database searches and genetic manipulation that would have been impossible a few years ago, they identified the genes rgba-1 and npr-28.  Each exist in two versions in wild populations, even though they have powerful effects on reproductive fitness.  Evolutionary theory tells us that genes with a close relationship to fitness should be subject to strong selection, so that the high-fitness version should promptly wipe out the low-fitness version.  In accord with theory, the authors cite statistical evidence that the high-fitness version of npr-28 has recently displaced the low-fitness version.  But, paradoxically, the low-fitness version of rgba-1 has displaced the high-fitness version.

Do they raise a flag in their article and protest that the theory is all wrong?  No, they are almost apologetic, and don’t dare to suggest that there’s anything wrong with the theory.  Such stark contradictions between empirical findings and the evolutionary theory of aging have become so commonplace that most everyone has become inured to them.  They shrug their shoulders and say, “there must be some hidden benefit associated with the wild-type gene that we have not yet identified.”  Part of the reason that they do this again and again is that this is happening in many different labs.  Perhaps each researcher in experimental genetics has only discovered one or two anomalies—they may be unaware that their finding is part of a larger pattern.

In August, a very similar discovery was made by a research group (Xiao-dong Wang’s) at the National Institute of Biological Sciences, Beijing, where I have been resident the last two summers.  Wang published a groundbreaking study demonstrating programmed reproductive senescence in male mice.  The RIPK1-RIPK3-MLKL signaling pathway in wild-type mice was identified as causing a kind of necrosis in male reproductive organs.  Inhibiting this pathway caused the males to retain fertility longer.

In their Discussion, they say right off the bat, “The above presented data indicated that the previously unknown physiological function of necroptosis is to promote the aging of male reproductive organs.”  But they don’t challenge the pleiotropic theory.  Instead—quite typically for experimentalists—they speculate on a possible loophole that will save the theory:  Mice sired by older males are less healthy than those sired by younger males.  Aha—maybe this is completely unavoidable, and evolution has had to do what it could to prevent these less healthy pups from coming into the world.  “We therefore propose that necroptosis in testis is a physiological response to yet-to-be-identified, age-related, TNF family of cytokine(s) that transduces necroptosis signal through the canonical RIPK1-RIPK3-MLKL pathway.”  One thing they omit is that cutting off fertility to prevent the births of offspring that are (statistically) less healthy is no more consistent with the orthodox evolutionary theory (based on selfish genes) than are the theories that say aging is an adaptation.  Both require group selection, about which orthodox theory is in denial.

Just this week, Douglas Vaughan’s group at Northwestern University reports identification of a rare genetic “defect” that gives some Amish families longer, healthier lives.  The gene called SERPINE1, encoding PAI-1, is mutated and non-functional in these families.  The result is longer telomeres, better insulin sensitivity, protection from cardiovascular disease, and longer life expectancy.  Conversely, the SERPINE1 must be regarded as an aging gene, having no purpose (we know of) except to hasten the demise of its owner.

What do the authors say about the evolutionary implications of their finding?  Exactly nothing.

In Japan, the life-shortening effects of PAI-1 have been known for several years, and there is already a drug in development that blocks its effect.  The drug is called TM5441, and a quick Google search located two lab houses [one, two] that sell it for the same exorbitant price.

Gericault – the Raft of Medusa

In Defense of Pleiotropy

To be fair, I should point out that these genes that have no other purpose than to cause early death really are the exception.  Almost all genes are pleiotropic in one way or another.  Much more common than pure aging genes like SERPINE1 is the situation where genes are dialed up or dialed down late in life in a way that is detrimental (or fatal).  The canonical example is mTOR, the target of rapamycin gene.  This gene plays an essential role programming the development of a young animal.  But when it is turned on late in life, it promotes aging and shortens lifespan.

My position is that this doesn’t let the theory of antagonistic pleiotropy off the hook.  Epigenetic programming is every bit as much under the control of evolution as gene sequences.  Many genes are turned on and off as needed, and this is a matter of course.  A matter of life and death, in fact.  If mTOR is turned on late in life, I presume that natural selection has deemed it so.

Pleiotropy is real.  Most genes have several functions.  But for the pleiotropic theory of aging to be valid, it must be true that tradeoffs are unavoidable.  In fact, when the theory was put forth by George Williams [1957], epigenetics had not yet been discovered, and there was yet no notion of turning genes on and off.  We now know that this process of gene regulation is an essential part of life in all eukaryotes, and that the timing of gene expression is exquisitely regulated.  It makes no sense to imagine (as Williams did) that once you have a gene you’re stuck with it, even if it kills you.  In fact, there are many genes that are turned on in youth and turned off in old age, and the effect is almost always to pro-aging.  In other words, aging is programmed for the most part not through aging genes like SERPINE1, and certainly not through pleiotropy, but rather through epigenetics.  Essential body systems like inflammation and apoptosis are re-purposed later in life as a means of self-destruction.

This opens onto a larger story, the subject of my book.