In the 1980s, Growth Hormone was explored by athletes to build muscles and by aging men to…build muscles.  GH made them feel younger, revived energy and sex drive and even cognitive performance.  Then the other shoe dropped:  Animals without the GH receptor lived longer, while animals with extra copies of the GH gene die early.  GH and IGF-1 are associated with higher rates of cancer, both in humans and in animals.  Now there are credible scientists seeking ways to separate the benefits of GH/IGF from the tradeoffs.  A prominent NIH research group suggests we can activate IGF-1 in some tissues and not others.  In preliminary experiments on himself, Greg Fahy has regrown thymus tissue with GH and DHEA.  Rhonda Patrick recommends saunas and weightlifting.  Examine.com suggests supplementing with creatine as another option.

HGH (human growth hormone) and IGF-1 (Insulin-like Growth Factor) are closely related steroid hormones which stimulate muscle and bone growth.  GH is produced in the pituitary gland, deep in the brain, and it circulates through the blood to the liver, where it stimulates production of IGF-1.  In addition to the liver, there are local producers of IGF-1 in the body and the brain.  Most of the effects of GH are mediated through IGF-1.  Here is a good basic reference.  A few years ago, Journal of Gerontology devoted a special issue to IGF-1.

IGF-1 is part of an ancient signaling system that promotes growth and depresses life span across many species.  The system includes insulin, a protein structurally very similar to IGF-1 (hence the name).  Insulin is a mediator of life span regulation through food, exercise and the energy metabolism.  Some proteins carry instructions in the blood; they attach to receptors on the surface of a cell and tell the cell what to do.  Others get inside the cell and play a more direct role in the chemistry.  IGF-1 does both.  It has “both endocrine and autocrine functions”.

We have a lot more of both GH and IGF when we are growing children than later in life. This discovery in the 1970s led medical researchers and others to the hope that HGH might be a kind of youth serum, and it was explored as a treatment for weakness, low energy, and depression in the elderly.  It worked.  IGF-1 combats the loss of muscle mass in old age, both by promoting new tissue growth and retarding apoptosis (cell suicide that protects against infection and cancer, but that can kill healthy cells as we get older).  IGF-1 promotes new nerve growth in the brain, and has been linked to better cognitive performance as well as subjective feelings of youth and wellbeing.

But then it became clear that there are long-term risks associated with GH treatment, and GH treatment began to decline before it had really taken off.  In the 1950s, long before genetic engineering, the Ames Dwarf Mouse* was as a mutant strain.  It lacks the gene for GH, and it lives 50% longer than other mice of the same species.  Other mice with GH or IGF deficiencies live longer, while mice with extra copies of these same genes have shorter life spans.  [ref, ref].  But the results of lower IGF aren’t all good, and they don’t apply in all rodents [ref].  In dwarf mice, low IGF leads to insulin resistance, diabetes symptoms and cardiovascular disease when the mice are fed a high-fat diet  [ref].  IGF-1 protects heart and arteries from deterioratation with age [ref].

“Despite the compelling data for enhanced life span in the presence of GH and IGF-1 defiiency in Ames dwarf and Snell dwarf mice, a review of the literature indicates that the effects of GH/IGF-1 defiiency on life span in many other rodent models are, in many cases, inconsistent…Thus, despite the general consensus that the GH/IGF-1 pathway is a conserved mechanism of aging, the data for increased life span in response to manipulation of this pathway in rodent models remain inconsistent and appear to be the result of studies in an important subset of animal models.” [ref]

The story in people is even more complex.  Laron dwarfism is a genetic defect in the receptor for GH, which interrupts the connection GH → IGF-1.  Laron dwarfs have high GH, but low IGF-1.  (They are treatable with IGF-1.)  There is a region of Ecuador with a high frequency of Laron dwarfism [NYTimes article]. 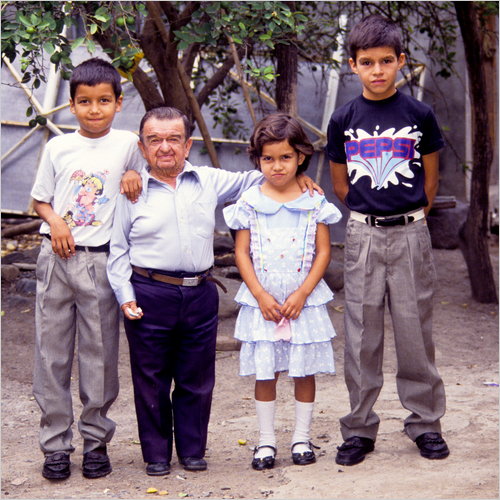 People with Laron Dwarfism Syndrome have symptoms of premature aging, including wrinkling and obesity.  But despite high insulin, they never develop diabetes symptoms.  What about life span?  There are contradictory claims of longer and shorter life span for Ecuador’s dwarf population.

Caloric Restriction provides another signpost.  Many hormone levels are affected by CR, and the direction in which they move is a suggestion about whether that hormone can be expected to be pro-longevity or the opposite.  Luigi Fontana of Washington Univ of St Louis has been conducting a long-term study of people on chronic (voluntary) CR. He found that circulating IGF-1 levels are not different in this population.  Protein restriction is another classical life-extensio diet, and Fontana found that protein restriction quickly causes IGF-1 levels to plummet [ref].

Are higher IGF-1 levels a risk factor for cancer in humans?  Maybe–but the association is weak and statistics are subject to different interpretations [ref].

The prevailing evolutionary theory of aging today is called “Antagonistic Pleiotropy” (AP).  The meaning is that there are genes that have multiple effects at different times in life, forcing evolution to accept costly tradeoffs (later) in exchange for peak fitness early in life.  IGF-1 is frequently cited as a prime example in support of the AP theory.  Evolution has selected IGF-1 in order to promote rapid growth, strength and development in youth, even though IGF-1 has long-term side effects that include cancer and higher all-cause mortality.  IGF-1 signaling is a pathway that is conserved over a long course of evolutionary history, helping to reconcile evolutionary theory with the existence of tightly-related genes that regulate aging across the biosphere—a relationship that took theoreticians quite by surprise when it was discovered in the 1990s.

But a closer look at the biology of IGF-1 makes support for the AP theory more dubious.  The details of where and when IGF-1 is expressed don’t fit the convenient story of AP.  There is a lot of IGF-1 early in life, but no sign of deleterious effects.  Later in life when the piper is to be paid, IGF-1 is expressed at very low levels.  It is not easy to relate high levels of IGF-1 in our teens to the cancer and heart risk in our 70’s.

Also, experiments with “mosaic worms” have shown that the benefits of IGF-1 can be separated from the costs.  “Mosaic” means that the worms have been grown with different genetics in different tissues.  With this technique, it was shown that the pro-aging costs of IGF-1 are confined to expression in the nervous system, while the benefits come from expressing IGF-1 in muscle tissue.  Why, then, has nature not found the optimal solution, and evolved worms to express IGF-1 only in muscle tissue?

HGH to Regrow the Thymus

The thymus is a tiny gland where our white blood cells (T-cells) are trained to distinguish self from invader.  The thymus shrinks through our lifetime, and its loss has broad consequences for all the diseases of old age–autoimmunity, weaker defense against infectious disease, failure of the immune system to eliminate cancer in its earliest stages.

Greg Fahy is an innovative biochemist and personal friend.  When he was 46, he successfully regrew his own thymus in a short, one-man experiment using HGH and DHEA.  The procedure was written up as a journal article here, and his patent on the procedure is here.  For safety, he monitored IGF-1 levels to assure that they did not exceed those in a healthy, young adult.  This year, Fahy is conducting a tiny clinical trial based on this experience.

Rhonda Patrick gives a succinct and powerful case for an IGF trade-off:  Better physical and mental performance vs shorter life span. She hints that you might be able to get the benefits without the costs with natural means of enhancing IGF:  physical exercise and saunas.  Physical Exercise is a safe bet, because we know there is a net benefit for longevity, as well as abundant health benefits in the here and now.  Saunas (“hyperthermic conditioning”) also boost the body’s own HGH without injecting anything.  Heat shock has a hormetic benefit for life span in rodents and especially in worms; but I know of no epidemiological evidence linking the result to either a longer or shorter life span in humans.

Creatine is a small molecule, a substance that we all have lots of in our bodies already, though less as we age.  It is a popular supplement among body-builders.  Creatine acts in some of the same anabolic pathways as GH, promoting muscle growth.  Creatine acts by inhibiting myostatin, which is a growth inhibitor, so it is the sort of double negative that makes for grammatical awkwardness.  Eating creatine triggers a burst of GH release.  Regular use of creatine boosts the background level of GH, but actually suppresses the burst of GH that comes with exercise.

In an an article from researchers at the Reynolds Oklahoma Center on Aging and National Inst of Aging, researchers suggest that it should be feasible to tease apart the benefits and costs of IGF-1 by raising IGF-1 preferentially in some tissues and not others.  DAF-2 was an early life extension gene in worms–disable it and the worm lives twice as long.  So what’s the counterpart of DAF-2 in humans?  Turns out it’s an IGF-1 receptor.  A few years later, Gary Ruvkun discovered that disabling DAF-2 in just the worm’s nervous system was sufficient to extend life span.  This suggests that it might be possible to de-couple the anabolic benefits of IGF-1 from the life-shortening consequences.  If people are like worms, that is…

21 thoughts on “HGH and IGF–Promise and Danger”