Most of us who are motivated to extend human lifespan focus on the physical body, and, above all, the brain as the seat of our present awareness, the home of all that makes us gloriously, individually human.

We are conditioned by the standard scientific understanding of brain, mind, and consciousness.  Our personalities and all that makes us who we are are embodied in the circuitry of the brain. Synapses in the brain are the analog of memory gates in a computer, storing long-term memories in a complex but deterministic digital language.  From the brain’s activity, we derive our conscious awareness and sense of self.

In fact, there is an arm of the life extension movement that goes so far as to imagine that people’s thought processes and their creative intelligence will someday be read from the pattern of neural connections in their brains, and re-created in the circuits of a supercomputer.

It is just this model at which David Glanzman and his UCLA laboratory took aim in a paper last month.  He trained snails to respond reflexively to certain chemical cues, then used hormones to block the formation of new neural connections.  The memorized reflexes were gone.  But then, by chemically restoring nerve growth, he was able to bring back the trained behaviors!  So where were the memories stored while the nerves were absent?

Glanzman does not shy from the full implications of this revolutionary finding.  “These results challenge the idea that stable synapses store long-term memories.”

Although this is a useful experiment for confronting us squarely with a disparate reality, we actually might have learned earlier that memories can live outside synapses.  We might have realized this if we thought a bit about butterflies.

Near my mother’s house in Pacific Grove, CA is a tree where tens of thousands of Monarch butterflies alight in the fall and sleep through the winter months.  Come spring, they awaken to the warmth and begin their northward diaspora, spreading to reach most of the United States and Southern Canada.  They will die, and their children will feed on milkweed until they are ready to make a cocoon.  The children of their children will live and die next spring, followed by three or four more generations during the summer.  Seven months after their departure, the great great great great grandchildren of those monarchs that left Pacific Grove in the spring will return.  They will fly thousands of miles to find that same tree and congregate there for the next winter’s hibernation.

How do they know where to go?  We say, “science has no answer,”  but this does not acknowledge the depth of the contradiction to accepted science that is embodied in this one phenomenon.  There is no resolution of this mystery that does not profoundly upset our biological models of the brain and its relationship to knowledge, learning and memory.  A minimally revolutionary hypothesis would require that cartographic information can be coded into an epigenetic language, and passed from one generation to the next, for example in the methylation pattern of chromosomes.  Is there really a complete navigational language written in chromatin?  I find it more plausible that this phenomenon is akin to stories of human reincarnation, or to what Elizabeth Mayer calls Extraordinary Knowing, phenomena rooted in a realm of physics that we have yet to discover.

Even more subversive to our sense of self-and-other is the science of quantum mechanics.  Schroedinger and Bohr were two of the four originators of the quantum theory in the 1920s.  They described quantum weirdness by saying that there is no objective world out there, but only a space of potentialities that congeals in one aspect or another as we look at it.  Depending on what we look at and what questions we ask, the world takes a corresponding shape.  John Wheeler (Feynman’s teacher) described this as a cosmic game of Twenty Questions, in which the solution to the puzzle does not exist ahead of time, but is gradually shaped by the questions as they are posed.

There are alternative interpretations of quantum mechanics, but they are no less weird.  Fashionable of late is the Many Worlds picture, in which the meaning of the word “many” explodes beyond our ability to conceptualize.  Imagine your own person splitting each second into a googol different universes, that is 10100 separate realities, each of them containing a different version of you, and in the next second, each of those 10100 universes splits into 10100 more universes.

A young Spanish student of quantum physics and metaphysics, Dolors has created a series of videos that help us remember that our concept of an objective physical reality following deterministic mechanical laws went out with 19th Century physics, and is utterly incompatible with the existence of such basic quantum applications as lasers and transistors and superconductivity. 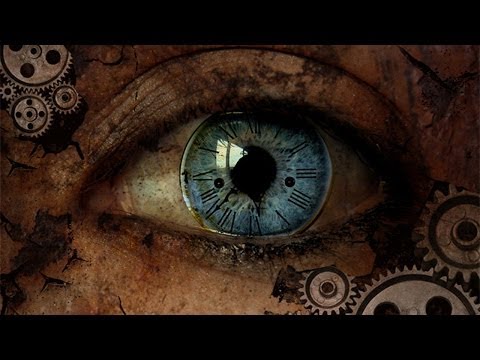 The Wondrous and Limited Potential of Longevity Science

I counsel my two daughters that they might plan a lifetime of 200 years.  I think it a good bet that we will shortly learn enough about telomerase to add a few decades to human life expectancy, and during those decades there will be time to decode the epigenetics of signaling molecules to stretch a few decades more.

If aging is completely counteracted, the human lifetime would be about 1,000 years.  This is based on the fact that a young person in the prime of life has about a 1/1,000 mortality risk from year to year.  Those deaths are by suicide, by car accidents, drug overdoses, human violence, infectious diseases, etc.  To raise the human life expectancy beyond 1,000 years, we will need to grow collectively and politically, becoming a drastically less violent, more careful, wiser and more environmentally responsible species.

A thousand years is a great expanse of time.  I’m sure we should all feel a sense of wonder and relief contemplating a lifetime of a thousand years.  So much to discover, so much to witness and to learn!  So many skills to acquire and changes to absorb!

But still a blink of the eye on the scale of cosmic history.

at delaying debilitating disease, forestalling bodily decay, extending the prime of life.  But we have not even addressed the fundamental mortality of our physical bodies.  To escape from the finite domain of time requires an expansion into mysticism.  Curiously, science at its bleeding edge, points us in just this direction.

It is clear that we are not our brains.  Our boundaries are fuzzy, some of you extends into me and some of the inanimate is part of the animate.  Maybe the inanimate world itself harbors some nascent consciousness.  To conceive of the world as a creation of mind is at least as valid a picture as the standard view in which mind is an epiphenomenon of computing machines.

But the truth is that we really don’t know and probably can’t conceive who we are, or how we live, or whence derives our precious sense of self.

The most beautiful and most profound emotion we can experience is the sensation of the mystical.  It is the sower of all true science.  He to whom this emotion is a stranger, who can no longer wonder and stand rapt in awe, is as good as dead.  — Albert Einstein (1879 – 1955)

Awareness flashes forth from waking dreams—
Among the clouds, a peek-a-boo of sun.
Mere thought of self can be the death of fun —
My consciousness, more fractured than it seems.

While newly born, I formed the concept ‘mother’
Abstract from intermittent smells and touch,
And then my precious self, another such
constructed separation from ‘the other’.

My isolation and the dread of death:
not the human fate, but mere illusion.
The goals I set myself in such profusion:
each a meditation on the breath.

If only I might fathom where I’ve been
when, bridging deaths, I wake in different skin!