CoQ10 plays a crucial role both in energy production and in detox.  Our bodies make less of it as we age, and we function less well for that. For more than 30 years, supplementation with CoQ10 has been identified as a promising anti-aging strategy and preventive for diseases of the heart and the brain.  But in extensive animal studies and dozens of clinical trials, CoQ10 has shown modest benefit, or none at all.  Part of the problem is that, when CoQ10 is taken into the digestive system, very little of it gets to the site where it can work.  Where CoQ10 belongs is in the cellular energy factories, the organelles called mitochondria.  Very recently, a mitochondria-targeted form of CoQ10 has become commercially available.  Preliminary experiments with MitoQ in animals and humans are very promising.

How much is enough?

At the Second SENS conference in 2004, I sidled up to an expert whom I respected and asked, “What’s the optimal dose of CoQ10?”  He laughed and asked, in reply, “How much can you afford?”*

Mitochondria are “organelles”, hundreds of them in every cell, that provide the energy that is used for everything from thinking to fleeing Sabre-tooth tigers.  We have less mitochondria as we age, and the mitochondria we do have function less efficiently.  This fact contribuetes to diverse aspects of aging.  The high-energy redox chemistry of the mitohondria is also the primary source of free radicals that cause oxidative damage associated with age.

Another role played by mitochondria is that they are the designated hit-men when a cell outlives its usefulness, or becomes cancerous or diseased, or needs to be eliminated for any reason.  Apoptosis is the process by which an individual cell is programmed to commit suicide for the sake of the larger organism, and the mitochondria orchestrate the killing, emitting the chemicals that do the dirty work.  In older animals (and people), apoptosis becomes over-active, and we lose perfectly good nerve and muscle cells to cell suicide.

Coenzyme Q, a.k.a. ubiquinone, is a small molecule, a key chemical component in the working of the mitochondria and also the first-line anti-oxidant that prevents the generation of free radicals in the course of energy generation.  As we age, each mitochondrion has less ubiquinone than it needs to function well.  Long-lived species have more CoQ, pound for pound, than short-lived species. Hence CoQ has been recognized as an anti-aging compound for twenty years.  Today it is routinely prescribed by many cardiologists, because statin therapy depletes CoQ. 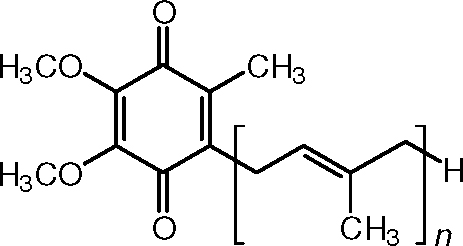 But eating ubiquinone doesn’t work very well.  It is poorly absorbed in the digestive tract (the molecular variant called ubiquinol is supposed to mitigate this problem), little of it makes it into the blood stream, less into the cells, and a pittance to the mitochondria where it is needed.

This may be one reason CoQ supplementation has failed to live up to its potential.  A Spanish Study (2004) found that CoQ could increase the mean and maximum life spans** of rats on a diet rich in polyunsaturates.  (Polyunsaturated fats are prone to oxidation.)  Doses were modest, equivalent to daily 50mg capsules for humans.  But this result was exceptional.  More typical are these studies (Ref Ref Ref Ref), which begin with great enthusiasm, but report no benefit for life span or mortality in mice and rats.

In the 1990s, Michael Murphy and Robin Smith, two New Zealand biochemists, had an idea to get ubiquinone more efficiently into the cells’ mitochondria – the only place where it is useful.  It happens that part of the mitochondria’s electrochemical activity is to continuously pump protons out through their membranes.  Hence they maintain a negative electric potential relative to the rest of the cell.  Anything with a positive charge is drawn into the mitochondria, and if it’s not a proton, it won’t be pumped right back out again.  Murphy and Smith were inspired to create a molecule that combined ubiquinone at one end with a chemical tugboat at the other, a positive ion that is “chelated”, meaning that the positive charge is spread over a large number of atoms so that there is less tendency for it to simply pair up with a negative ion and be permanently neutralized.  The chemical “tugboat”, called TPP for tri-phenyl phosphonium, had been developed 25 years earlier in the Moscow State University lab of Vladimir Skulachev (Grinius et al, 1970).  Connecting the tugboat to the ubiquinone is a simple carbon chain that prevents interference between the chemical properties of the two ends (Smith and Murhpy, 1999)

The next step was to synthesize this molecule in the lab – a task requiring a lot of ingenuity and lab experience, but Smith was up to it.  Then came years of testing the substance, first in cell cultures, then in animals, with various applications.  Targeting worked amazingly well, with virtually all of the Mito-Q molecules finding their way to the mitochondria. This means that very low doses can result in very high effectiveness.

Skulachev, who had pioneered the early work on the right-hand part of the molecule, picked up this thread early on, and has sponsored much of the research that has demonstrated the rejuvenating potential of the molecule.  The molecular tugboat is known as a “Skulachev ion”, and a similar molecule*** to MitoQ has been dubbed “SkQ” and explored in Russian experiments.

Last year, a New Zealand company completed licensing requirements and created a manufacturing facility, and MitoQ is now available by order on the Internet for delivery worldwide.  The product was first announced at the A4M annual showcase meeting in November.  A year earlier, Skulachev’s company had begun to sell SkQ as eyedrops, available thus far only in Russia.  Skulachev’s group has long-term plans to develop the product for other uses as well, and to obtain licensing in Europe and America.

Some of the reason for enthusiasm about MitoQ is theoretical, and hence tentative.  We know that apoptosis is on a hair trigger as we get older, and not just diseased cells but many useful, healthy cells are eliminating themselves.  Apoptosis has been linked to muscle wasting (sarcopenia) [Ref] and loss of neurons associated dementia [Ref].  It is found in cell cultures that MitoQ strongly inhibits apoptosis, not surprising since peroxides in the mitochondria are a signal that brings on apoptosis, and MitoQ eats peroxide for breakfast.  There are also theoretical reasons to believe MitoQ might be effective in curbing loss of insulin sensitivity [Ref].

Evidence for effectiveness of MitoQ

But the most convincing evidence comes from studies in animals and humans.  Rats were demonstrated to be resistant to a variety of insults, from ischemia (oxygen deprivation) to toxins to carcinogens to high blood pressure, after administering MitoQ to rats in their drinking water.  In a novel experment in mice, MitoQ was shown to protect against insulin resistance.  All these studies were reviewed in a 2011 paper by Smith and Murphy.  Historically, there is a strong correlation of life extension drugs and the ability to enhance stress resistance.  “Together these findings show that MitoQ is protective against pathological changes in a number of animal models of mitochondrial oxidative damage that are relevant to human diseases.”

A lot more animal research was performed in Russia***.  In a rat model of Alzheimer’s disease, SkQ reversed neuronal damage in a few weeks. SkQ fed to rodents led to more rapid healing of skin wounds, especially in old age.  The same paper reports that, applied topically, SkQ was able to reverse scarring.  Most interesting, the Russian team reports small increases in the mean life span of a variety of animals, including mice and fruitflies.  The authors claim without supporting data that there were dramatic life span increases of mice outside of standard (sterile) lab conditions, in which they were exposed to disease and infection.  In another paper by Skulachev (2007) a large number of animal studies are summarized, with impressive benefits for a broad range of aging diseases, including kidney damage and macular degeneration.  Many of the original papers behind this work are available in English through Springer from the journal Biochemistry Moscow.

There is very limited data thus far in humans.  Safety and toxicity tests were concluded with a year-long trial at 80mg/day.  In one study, MitoQ failed to improve the condition of advanced Parkinson’s patients, and in a second study MitoQ showed significant benefit for protecting against liver damage from Hepatitis C.  Dr Skulachev reports that he personally has improved his vision using Sk-Q eye drops.

All this study was carried out under direction of people who have an interest in the success of the compound.  You don’t have to think that scientists are congenitally dishonest to believe it is a good idea to protect them from incentives that might subtly bias their thinking or reporting.  Science Magazine a few weeks ago reported on the failure of mouse studies to translate into human benefit.  Studies conducted by drug companies are notorious.

I’ve known Dr Skulachev as a friend and colleague for more than a decade.  I trust that his work is solid and honest.  I had known that he was planning a campaign to commercialize SkQ, beginning with eye drops that began selling last year in Western Russia.  I was surprised and delighted to see that MitoQ is available as a commercial product, 10 years before I had expected.  It’s my belief that MitoQ is a promising new anti-aging strategy, and I’m signed on to be an early adopter.

* Long-term supplementation with high-dose CoQ10 is being studied as a treatment for and Parkinson’s disease and other neurological diseases of aging.  “High” is up to 3,600 mg/day, though one study found no further increase in bioavailable CoQ above 2,400 mg.  The best price I was able to find for CoQ on line worked out to about $4/g, so 2,400 mg per day would cost over $3,500 /yr.

** For those who follow details of rodent studies, the survival curve of this one stands out.  Most interventions that extend life span work mostly to prevent early deaths (“squaring the curve”).  Often the mean life span is increased, but the max life span in the group benefits much less, or not at all.  In this study, there is no benefit at all until nearly half the rats have already died of old age.  Then the death rate for the remaining rats is much lower.  Max life span is extended 24%, even as average life span is extended only 11%.