Some anti-depressant herbs and medications have anti-aging properties.  Is this a win-win happenstance, or time to step back and look at goals?

As a teacher, I’ve been learning
You’ll forgive me if I boast
But I’ve now become an expert
On the subject I like most
– Oscar Hammerstein

Writing this blog is an ongoing opportunity for me to clarify my thought, and to dig into the literature, to assess just how strong or weak is the empirical basis for my beliefs about health, longevity and evolution.  This week, for personal reasons, I want to take a second look at L-Deprenyl.

All my life I have been afraid of death, and connected to that, at least in my own scheme, has been a horror of drugs that affect the central nervous system.  I think that as a small child, I must have imagined my mind as a true and objective mirror of the world around me, and what I feared was distortions of that mirror.  I was a pre-schooler when I heard about addiction*, and the idea gave me nightmares.  The aversion began with a fear that chemicals could steal from me my identity, my will, my soul, my consciousness, my sense of self – ideas both primally child-like and deeply philosophical, that wove themselves through my young mind, before I had a vocabulary or an appropriate context in which to explore them.

And so I grew into adolescence with an aversion to caffeine and alcohol and I had no attraction to cannabis or psychedelics, even as they became emblems of the “peace and love” generation with which, in other ways, I identified quite powerfully.**

Later on, my generation switched to SSRI anti-depressants as their drug of choice, and my college classmate Peter Kramer wrote the anti-depressant manifesto†.  I was deeply opposed.  Emotionally, my aversion to anti-depressants comes from this same recoiling at any tampering with “natural” personality.  More empirically, I have watched people use anti-depressants to avoid a discomfort with aspects of their lives that they would have been well-advised to address promptly.  Kramer talks extensively about this problem, with case studies and statistics.  I have blamed anti-depressants for the demise of my marriage.

On the other hand…

In the same time frame as Listening to Prozac, I was learning about aging.  I deduced that aging is programmed into our genes as an evolutionary adaptation.  This implies that the usual medical paradigm of “helping the body” to fight disease was not going to work.  The body is not trying to resist aging.  The body is trying to destroy itself, and we don’t want to help it.  Therefore “natural” anti-aging is an oxymoron.  All anti-aging medicine is in opposition to the body’s natural program.

I learned about exercise, caloric restriction, and social support for longevity.  These are the first line of things we can do to maximize our chances for a long and healthy life.

And I learned about supplements and pharmaceuticals that induce longevity in lab animals.   These are the second line of anti-aging support.  Before my epiphany about the origin of aging, I had been a committed follower of the natural foods culture, and I would have been quite suspicious of any program to tamper with the body’s chemistry.  But once the argument for “natural” was knocked down, I no longer harbored a presumption against supplements, and so I became an early adopter of supplements that showed promise in animal studies.  Over several years’ time, my supplements shelf expanded.

The punch line is that some of the most promising anti-aging supplements have effects on the central nervous system, and on mood.  I’m thinking of melatonin, DHEA, SAMe, and L-Deprenyl, and possibly fish oil and ashwagandha††.  I’ve been taking the first three for some years, and just last month I started taking Deprenyl.

SAMe (S-adenosyl methionine) is a variation on the theme of methionine, one of the 8 essential amino acids that the body needs for protein synthesis, but cannot make itself.  (Eating dramatically less methionine is an anti-aging strategy in lab animals that is probably not practical in humans [see my blog from last May].)  SAMe is a naturally-occurring constituent of most cells, and it has an effect on gene transcription, which means that it acts at an “upstream” level from which it can affect many metabolic processes at once.  One of the characteristics of aging cells is the loss of methyl groups on the DNA, which causes genes to be expressed where they don’t belong.  The “Me” in SAMe is a methyl donor, helping to retain methylation of the chromosomes.

It is a prescription drug in Europe, where it is commonly used to treat depression.  In placebo-controlled trials, SAMe is as effective as any patented anti-depressant on the market.  My personal experience is that I have been taking 400 to 800 mg per day of SAMe for most of the last 10 years, and I have never noticed a difference in mood between times with and without it.

Osteo-arthritis is characterized by loss of the cushioning and lubrication of cartilage in the joints, and SAMe stimulates growth of cartilage.  I have been unable to find any rodent studies testing SAMe for effect on life span.  (Stephen Spindler, please take note.) 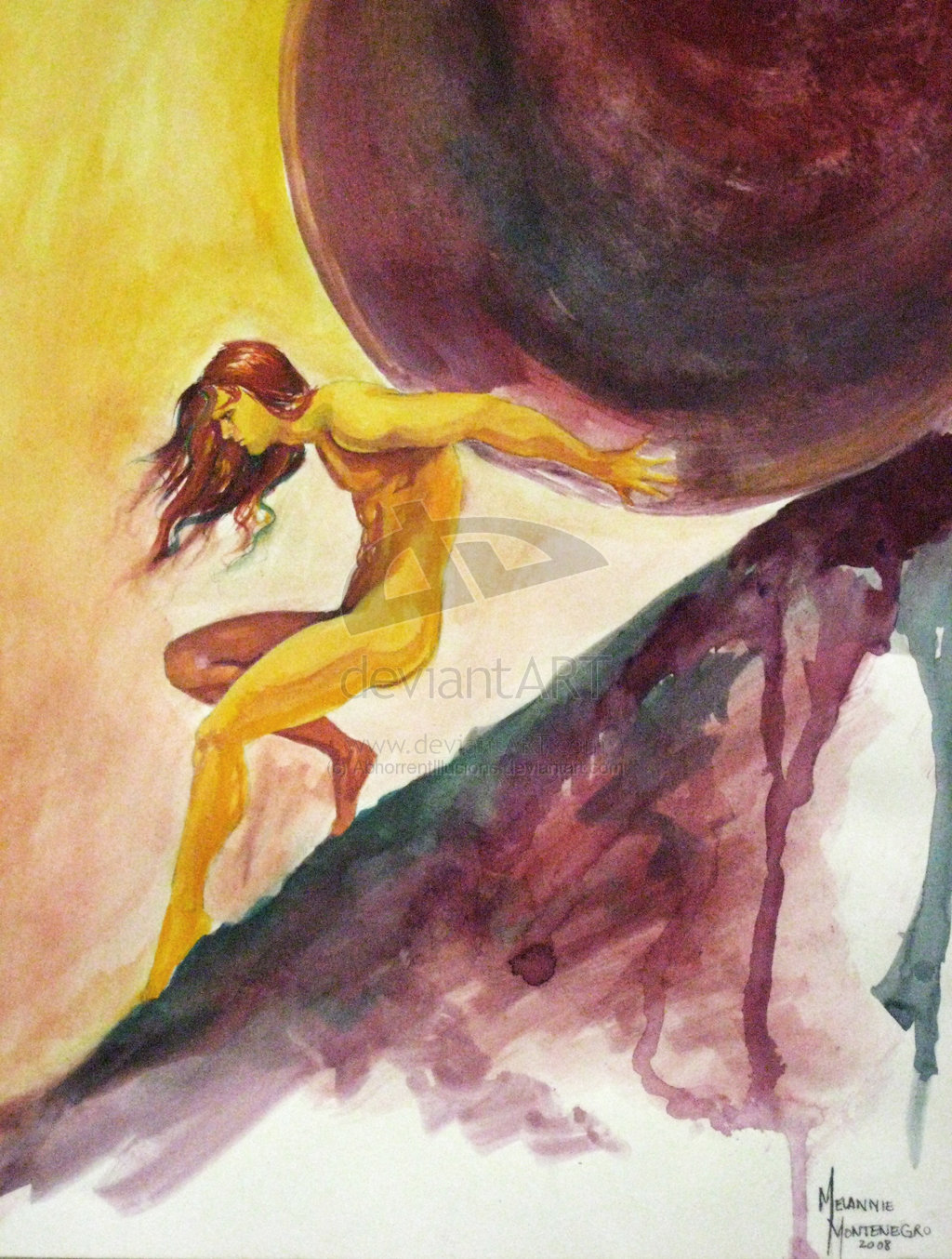 DHEA is a hormone-precursor that decreases with age.  Supplementation with DHEA has also been found to have an anti-depressant effect in a few small studies[ref, ref, ref], but has not to my knowledge been studied in larger trials.

Fish oil has benefits for risk of cancer and heart disease that probably derive from dialing down inflammation.  Fish oil in slightly larger doses is prescribed as an anti-depressant [ref].

Ashwaghanda is neuro-protective in vivo and a telomerase activator in vitro.  It has been used in Ayurvedic medicine of India for centuries.

In one of the most complete human clinical trials to date, researchers studied the effects of a standardized extract of ashwagandha on the negative effects of stress, including elevated levels of the stress hormone cortisol. Many of the adverse effects of stress are thought to be related to elevated levels of cortisol. The results were impressive. The participants subjectively reported increased energy, reduced fatigue, better sleep, and an enhanced sense of well-being. The participants showed several measurable improvements, including a reduction of cortisol levels up to 26%, a decline in fasting blood sugar levels, and improved lipid profiles. It would appear from this study that ashwagandha can address many of the health and psychological issues that plague today’s society.  [from LEF magazine] 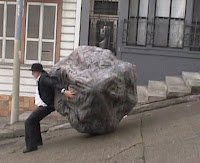 Of these, I find Deprenyl most problematic, because it is at once the only one of these chemicals which affects my disposition in a way I sense palpably, and it is also the one for which there is best evidence that it has anti-aging potential.  I wrote up the story of Deprenyl on this page last March.  Quoting myself:

Deprenyl is a neuro-protective drug discovered in Hungary more than 30 years ago. It has prolonged life span in many rodent studies, and also in dogs. In the 1990s, under the brand name Selegiline(also Eldepryl and Zelapar) it became a standard treatment for Parkinson’s Disease. Parkinson’s patients who take Selegiline live longer than matched patients who take only the other standard treatment (L-Dopa). More recently the same drug (branded as Emsam) has been prescribed for depression and ADD.

Deprenyl is a chemical cousin of methamphetamine, and it has some of the stimulant effects of amphetamines.  But the Deprenyl molecule is a mirror-image of the amphetamines (the chemical term is enantiomer).  Background:  Most large molecules have a shape that is not symmetric left-to-right.  If you make the chemical in a lab, you get an equal mixture of left-handed and right-handed molecules.  But biological molecules are always found as one version only, the right- or left-handed molecule.  So it is right-handed R-Deprenyl that would be converted in the body to the most powerful form of methamphetamine, and the form of the drug as it is distributed is exclusively L-Deprenyl, the left-handed form.

I have been taking L-Deprenyl for about a month, and for the most part, I like its effect on me.  I sleep less, concentrate more easily, and have less resistance to the intense exercise that is programmed into my day.  I’m also more emotional, more impulsive, more volatile, more enthusiastic.  I think it works for my personality, which leans toward flat affect.  But I am already a risk-taker, and I worry that my judgment might be compromised.  I am distrustful, as I said, of any chemical agent that affects the CNS.  I am asking friends to let me know if they see changes in my affect or attitudes or manner of speaking or sharing emotions.

Mood and life span are subjects on which reasonable people differ.  Most people reading this blog are interested in extending their life expectancy; but there is diversity both in our emotional responses to some anti-aging medications and in the way we regard those emotional changes.  I can only recommend that you read about others’ experience, and then experiment with what you think will work for you.

* I vaguely remember a Paul Winchell movie called Monkey on my Back, and a story my best friend told me of his father’s becoming briefly addicted to morphine after a war injury.  But a little googling reveals distortions in my memory.  The movie came out when I was 8.  Paul Winchell (whom I knew from his ventriloquism with puppet Jerry Mahoney) was not in the movie, but faced real life addiction problems.  All this has become jumbled and conflated with my pre-school memory.

** I wasn’t 100% clean. I drank coffee in the Penthouse of the Hilles Library, where I liked to study in the evenings because it seemed like a good place to meet girls.  I smoked marijuana at half a dozen parties during my 4 years in college, and consumed a comparable quantity of wine and beer, spread over that time.  But mind-altering substances never allured me, and were never a significant part of my life.  There came a time (I was 23) when I realized that my only attraction to alcohol and marijuana derived from fear of exclusion, that they were part of a contortion of myself that I felt to be necessary in order to fit in socially.  I gave myself permission not to do that any more.

† Kramer’s book is actually quite balanced and thoughtful on the pros and cons of chemical anti-depressants, and in some ways, deeply critical of the prescribing psychiatric establishment.  But the book was quoted out of context and developed an unfair reputation as a 300-page ad for anti-depressants.

†† I originally had included ginkgo biloba in this list, but I couldn’t find convincing evidence that it was either an anti-depressant or a neuroprotective agent, and slim evidence [ref, ref, ref] that it helps with age-related decline in memory.  “As a teacher I’ve been learning.”