Since this is a blog and not a more formal article, I get to tell a personal story this week. This will be a view of the evolution of my views on evolution.

I’ve always been scared of death. I’ve jealously tried to preserve my youth, but the way in which I’ve understood aging has been remade, and thus my anti-aging practice has turned on its head…twice.

Anti-aging and anti-cancer, Stage One

Before 1983, I was Mr Natural. I didn’t distinguish between diseases of age and diseases of youth. I believed that the biggest threat to my health was the modern life style. My body is doing its best to thrive, I thought, and the best way I can help it is by simulating the environment in which it was evolved to work best. Humans were evolved in a time when work was hard, but there was no constant din of cars and construction, no fragmenting of the attention by advertising and seductive multi-media, no pesticides, preservatives or pollutants. Diets of early humans was more plant-based before animals were cultivated. My anti-aging practice consisted in endurance exercise, a vegetarian diet, and avoidance of industrial chemicals. 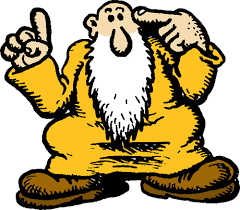 I was especially eager to avoid cancer. I believed that cancer was caused by chance events, whose probability was promoted by carcinogens. The body is not evolved to handle industrial poisons. These chemicals can randomly mutate our DNA. Most such mutations are merely dysfunctional. But there is an odd chance, if we are very unlucky, that the mutation will be just of the wrong type, and a cell will be transformed into a selfish monster that grows and divides and reproduces without check. Cancer was the enemy, and since the cause of cancer was an unlucky mutation, the best thing I could do was to avoid mutagens. And the sun. Did I tell you that my uncle, a schoolteacher in the winter and a fisherman in the summer, died of skin cancer when he was 49?

I avoided food additives, air pollution, dental x-rays and the sun. Such were my practices and my beliefs Then, in 1983, I read a cover story in Science Magazine by Bruce Ames.

Natural carcinogens and the genesis of Stage Two

Bruce Ames is a very smart biochemist at UC Berkeley. His invention of the Ames Test  launched him into prominence back in the 1970s. The Ames Test revolutionized the way FDA identified carcinogens in food additives. Before the Ames test, the standard procedure was to feed large amounts of the chemical to hundreds of rabbits over several years, and to count how many of them developed cancer. It was expensive, labor-intensive, and slow. The Ames test* allowed for a pre-screening in a matter of hours, in a convenient lab test. FDA procedures were transformed and streamlined. The world’s rabbits got together in 1973 and voted Ames a Human of the Year award.

It was 1983 when Ames came out with an article that changed the way we thought about pesticides in food. Ames noted that many plants, including food plants, had evolved their own pesticides as a defense against insect predators. These natural chemicals could be far more carcinogenic than the man-made chemicals that we avoid like the plague, and yet they are completely un-regulated by FDA. FDA does not test nor regulate the toxicity of natural foods.

This article revealed to me that some of the foods I had considered most healthful contained carcinogens far more potent than the man-made chemicals I had been avoiding. Here are some of them. (This table is extracted from an article I wrote  in the 1990s, a time capsule of my attitudes at the time.)

Ames devised a scale of danger he called HERP, for Human Exposure / Rodent Potency, based on dividing the amount of the substance that people are likely to consume by the amount that is found to cause cancer in lab rats.

For several years, I stopped eating beets and celery and basil and black pepper and potatoes.   Such were my practices and my beliefs Then, in 1996, I read a Scientific American article by Richard Weindruch that turned my attitudes around yet again.

Hormesis, and Stage 3 in my thinking

This article told me for the first time that many animal species had been found to live longest when they were on the brink of starvation. “Many species” implied that it was no accident, but an evolved feature of sufficently general import that it is all over the biosphere. It dawned on me for the first time that Nature (and her alter-ego “evolution”) had betrayed me.

Our bodies are programmed to die. It’s in our genes. We destroy ourselves from the inside out. This is an evolutionary conundrum, of course, because, on its face, aging is the opposite of fitness. I’ve devoted much study to this paradox, and written about it, for example, here.

There’s another, more practical conclusion from the fact that we are evolved explicitly to get old and die. It followed that no “natural diet” could address the issue of aging. All my attention to giving the body the foods which it was evolved best to work with was misguided, because aging is not a failure of the body. The body knows just what it wants to do, and what it wants to do is gradually, inexorably to self-destruct. My mission changed from supporting the body and its evolutionary program to manipulating the evolutionary program, tricking the body into living longer.

The program is not for a fixed life span, but a flexible life span dependent on circumstances. When life is hard and plenty of people are dying of starvation or disease, there is not so much need for aging to keep the death rate up. So aging takes a (partial) vacation when hardship is detected. This is the phenomenon of hormesis, and the reason that food restriction and physical exercise are among the best things we can do to prolong our lives, despite the fact that one denies the body resources and the other wastes resources and generates toxic by-products.

I no longer think that cancer is caused by a single deadly mutation in a rogue cell. I think that such mutations are happening all the time, and in a young person with a healthy immune system, the cancerous cells are quickly attacked and eliminated. I think that cancer is a disease associated with failure of the immune system and, of course, such failure becomes much more common with age. I’m less concerned about chemical carcinogens, natural and artificial, and more concerned about maintaining a healthy immune system.

I’m more concerned with challenging myself physically, and a little obsessed with the hard work of pushing to my limits. I try to challenge myself mentally as well, entertaining new ideas that seem preposterous, and trying to evaluate the evidence afresh; learning new skills an putting myself into uncomfortable social situations, because I think it helps to keep me alive in multiple ways.

And I focus on the ways that the body is destroying itself directly, and measures I might take to interfere with that process. For the present, that means an anti-inflammatory diet and a crude attempt to rebalance the body’s hormones at a more youthful level***. For the near future, I think the best strategy will be to oppose telomere shortening, which is the body’s most accessible aging clock.

* Bacteria were bred to be unable to produce their own histidine, so that they required histidine in their diet in order to grow. For the Ames test, the bacteria are cultured in a medium without histidine, then the test chemical is added. If the chemical is mutagenic, then many of the bacteria will mutate and a few will, by chance, re-aquire their ability to manufacture histidine. If the bacteria won’t grow in the medium that’s a negative result – the substance hasn’t mutated them. If they do grow, then that’s a positive. The substance causes mutations, and there’s a strong likelihood it causes cancer as well.

**Every time I say this, it sticks in my throat because it’s just too damn convenient for the nuclear power industry. IMHO, the nuclear power industry is a plague on humanity for reasons that are not mitigated one iota by hormesis. The problems with nuclear power are the danger of more Chernobyls and Fukushimas, and the legacy of toxic waste that our great, great grandchildren will have to safeguard for 10,000 years. Did I mention that without public subsides (Price-Anderson!), the cost of nuclear power would be off the charts?

***But stay away from growth hormone.

For basic information about healthy living for a long life,
see the author’s permanent page at AgingAdvice.org.

4 thoughts on “Why “Natural Anti-Aging” is an Oxymoron”